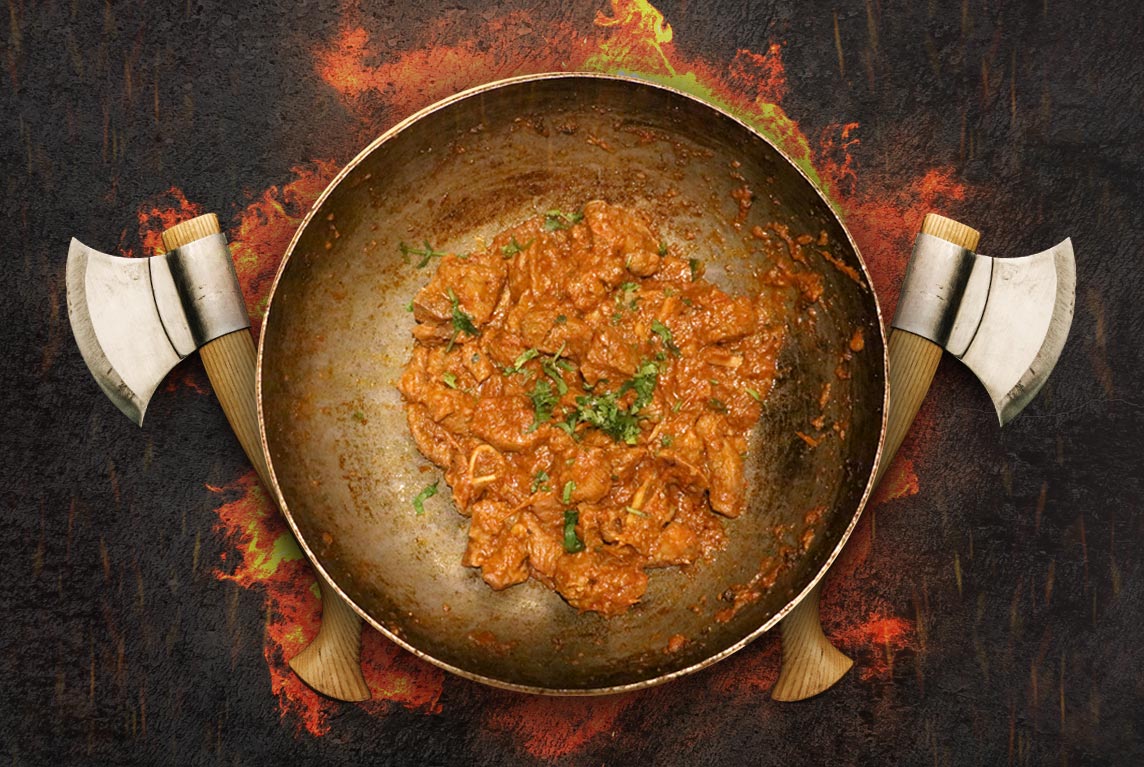 We’re all aware that the blockbuster movie “The Legends of Maula Jatt” has taken Pakistan’s film industry by storm – and its hype is not just confined to Pakistan, this movie has also taken over the cinemas of other Asian countries as well.

Because we know Pakistani movies are popular in all Asian countries, but on October 13th, we saw The Legends of Maula Jatt released in the USA cinemas, giving the Asian popularity a much wider audience.

Now let’s talk about what is so fascinating about The Legends of Maula Jatt that Laree Adda has already named one of its scrumptious karahis “Maula Jutt Mutton Karahi”.

Back in the 1970s, when the film industry of Pakistan was struggling to get better and then released a masterpiece of that time “Maula Jatt” – This movie got so much attention and was well-liked by everyone.

Firstly, the movie is entirely based on the Subcontinent’s cultural concepts and ideas, inspired by another short story called “Gandasa” that depicts the rural

Secondly, the character Maula Jatt has played an iconic role in the movie. It defines a common man with no resources or education but still wants to learn and to take his village towards betterment.

Maula Jatt was empathized with by many people and he became a hero of our iconic culture.

Now the question is why Laree Adda and The Legends of Maula Jatt have connections and what has brought this desi sub-continental restaurant so much into this movie.

Let’s start from the beginning

In the early 1950s, after the separation of India and Pakistan, it was the division of the lands but the culture, values, history, tradition, and importantly food remained constant.

There were no fancy restaurants but lorry stops were a steady concept in both of the lands. These lorry stops were the place of gathering and meetups and men used to sit, talk, laugh, and enjoy their meals with their friends watching big-screen televisions together.

At that time when the first Maula Jatt was released, there was a huge crowd at the lorry stops eagerly waiting for the movie to get started on the big screen, and “Mutton Karahi” was the dish that was ordered by mostly everyone, as the dhaba of that lorry stop was famous for its mutton karahi.

That mutton karahi glorified the movie to an extent that people were hooting and hollering the name of the legend of Maula Jatt as the spices of karahi hit their taste buds to a level that there was so much intensity and thriller all over time.

This experience of spicy karahi and the epic movie became so popular that Maular Jatt became synonymous with mutton karahi – From that day most of the lorry stops in Lahore have the Karahi named ‘Maula Jatt Mutton Karahi” and Laree Adda connects its love with this concept and named its Karahi the “Maula Jatt Mutton Karahi” in their range of delicious menu.

Karahi has always been our all-time favorite dish as it formerly belongs to the northern frontier of Pakistan and is famous in the areas of India too.

With time there were many new creations in the different dishes but Karahi is the only immortal dish that will never leave our taste buds no matter what we eat.

And when Laree Adda merged the luscious taste of Karahi with the name of “The Legends of Maula Jatt” it doubled the flavor and made it more unique than before.

Laree Adda’s Maula Jatt Mutton Karahi has crunchy yet soft pieces of mutton as it is stir-fried and cooked very well. Then the tanginess of tomatoes enhances the taste by making gravy in the karahi but it is cooked till it turns brown. The actual taste starts when the gravy is turned brown and the addition of aromatic and authentic spices takes it to another level that truthfully matches the name of “Maula Jatt Mutton Karahi” and proves the originality of its name. But the garnishing of cilantro and green chillies makes it more worth eating.

As the movie “The Legends of Maula Jatt” is back again hyping all over the world and with its immeasurable fame, Laree Adda is so pleased to serve this genuine taste of Maula Jatt Mutton Karahi.

You can watch this movie in the cinemas and Laree Adda will be open for the after-movie discussion serving you the best Mutton karahi at their place or you can order our Maula Jatt Mutton Karahi with freshly made Garlic naans and enjoy the movie at your home while savouring the Karahi of Laree Adda because this Maula Jatt Karahi is the food version of the movie The Legends of Maula Jatt.

Scroll through the Laree Adda Menu today and order your favourite meal.